Barnsdales are delighted to confirm they have been appointed by Connells Survey & Valuation to undertake work throughout Yorkshire, Nottinghamshire and Lincolnshire.

Gary Thompson FRICS, Director at Barnsdales commented “we have been intentionally expanding our valuation panel appointments and we were therefore delighted when we were approached by Connells to be appointed to their panel. Connells operate a very strict appointment criteria and rigorous audit process before being appointed which has involved several meetings, after passing through this appointment process with success we have now been formally appointed to their extensive panel”.

This appointment comes on the back of recently being appointed to VAS Panel and earlier in the year to the panel of Fast Surveyors.

Gary Thompson added “we have completed 307 Red Book Valuations year to date and expect this figure to increase in 2020 on the back of these new appointments, we are also in discussions with two other major well known lenders and hope to be appointed to at least one of their panels before the calendar year end”.

For further information on the valuation and surveys Barnsdales undertake please contact Carol Wood; 01302 304 435 or carol@barnsdales.co.uk 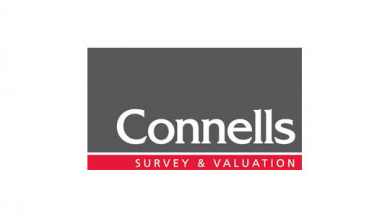