Regional Property Auctioneers (RPA) has reported a record sale with the hammer coming down for bids worth a total of £1.5 million – around double the guide price for the 19 lots on offer.

A major factor behind the huge interest in the sale was the inclusion of a portfolio of buildings and sites from Doncaster Metropolitan Borough Council, but Head of Auction James Vandenbrook said there was also heavy demand for private properties.

James said: “Our September auction delivered a fantastic set of results with 93 per cent of properties sold, some of them achieving double the guide price. To follow that with an even better return is remarkable and amounts to great news for our property partners – the vendors who want to dispose of property assets and the buyers who are clearly snapping up some great opportunities.”

The top price of £249,000 was paid for The Terrace, a former community and training centre owned by Doncaster Council in Conisbrough. A detached Victorian villa, the property of around 3,553 square feet occupies a site of almost 2.5 acres and was submitted for sale with a guide price of £150-175,000.

The biggest surprise of the sale was the bid of £175,000 which secured a former youth centre in Oswin Avenue, Balby, Doncaster. The Council-owned property had carried a guide price of £50,000 and has been bought by the Chinese Christian Church.

James said there was standing room only at the sale, which took place at the Keepmoat Stadium in Doncaster, with around 250 people as well as a large number of phone bidders attracted by the quality and variety of the lots which (RPA) was able to assemble as a result of its links with the local authority and with agents across the UK.

He said: “The properties from Doncaster Council were particularly attractive because they were offered with keen guide prices. That can give bidders the opportunity to snap up a bargain but it can also encourage lively competition, which is what happened here in producing some good prices.

“Many of the smaller lots also sold for well above the guide price. A number of properties were offered as a result of our partnership with Jackson Green and Preston in Grimsby and all achieved good prices.”

A pair of terraced houses in Cleethorpes which have been converted into five flats was sold for £108,000 compared to the guide price of £67,500 and a four-bedroom terrace house in Redbourne Road, Grimsby was bought just ahead of the sale. It had carried a guide price of £55-65,000 and the vendor accepted a bid of £75,000.

James said: “At the lower end of the scale, a two-bedroom house in Edward Street, Grimsby, which is in need of modernisation was sold for £31,000, but that was also a big increase on the guide price of £10,000.

“The sale demonstrated a great appetite for acquiring and disposing of residential and commercial property if the deal is right. The fact that everything was sold indicates than vendors are agreeing sensible guide prices, and the fact that many of those were exceeded shows that buyers are prepared to pay handsomely for the right property.”

The online brochure for the next sale by RPA at the Keepmoat Stadium on Wednesday 13 December will be posted online at www.regionalpropertyauctioneers.co.uk 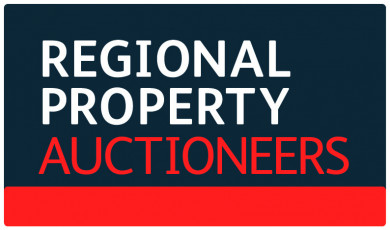