Barnsdales are lining up new uses for a number of pubs across South Yorkshire after licensees called time on the buildings. One pub close to Doncaster town centre and another at South Elmsall both face futures as residential properties subject to securing planning permission for change of use.

A third at Dunscroft has already been demolished and rebuilt as a shopping complex, with a well-known Doncaster-based food business ready to open in the last unit.

Craig Gooddy, Associate in the commercial agency team at Barnsdales, said: “It’s a sign of the times that these were all thriving pubs not that long ago, but social habits have changed. There was no demand to continue to operate the buildings as pubs, but we have been able to attract businesses for other uses.”

In Dunscroft, Barnsdales have agreed a lease on the remaining unit at The Abbey retail development with Mellors Bakery, which is now fitting out the space of nearly 2,000 square feet to house a fish and chip shop.

Over the years the family firm has operated from Doncaster market and also supplied bread to the burger van sector and to major retailers. They still have a bakery in Highfields Road and a coffee shop and sandwich bar in Merchant Way, and Tim Mellor said the site of the former Abbey pub presented a great opportunity.

He said: “We used to have a fish and chip shop in Cantley – my uncle still does –  and we’ve decided to go into it again. There’s decent money in fish and chips!

Craig added: “People are right to be concerned about the rate at which pubs are closing but the Abbey demonstrates that there are opportunities for new businesses to set up and for existing concerns to expand. Mellors will operate alongside established businesses including Barnardo’s. the Co-op, Rase Veterinary Centre, Weldricks Pharmacy and Domino’s Pizza.”

The Stag in Dockin Hill Road, Doncaster, closed as a pub earlier this year and has been sold along with part of the adjoining property. Planning permission for conversion into six duplex apartments was secured prior to the sale, and the new owners are now seeking to amend the consent to provide more residential units.

The Moorthorpe Hotel in South Elmsall was earmarked for redevelopment as a retail site when it closed around four years ago but was placed back on the market following the opening of an Asda store nearby.

Craig said: “There is still provision for commercial use on the ground floor of the building but the new owners are planning to develop the rest of the property for residential use. As a pub, the Moorhouse had nine hotel rooms on the first floor, and the new owners have carried out residential conversions in the past.” 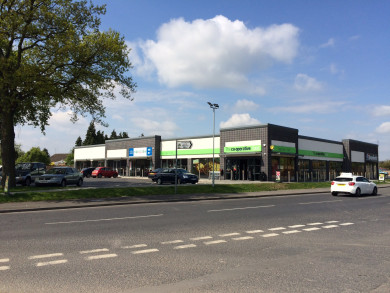